I had a chance to attend the SpringOne2GX and PlatformCF conferences this year thanks to BSkyB and Pivotal’s Grails Champion giveaway.

Here are a few highlights from the event:

( Apologies for the terrible photography. My Nexus Potato no work so good ).

For me, the internal clouds panel was very good. I did a write-up of the notes here.

It was also really nice to see the lightning talk by Anynines. The talk was around deploying to Cloud Foundry from the Travis CI integration, and there was an accompanying blog post – http://blog.anynines.com/continuous-deployment-with-anyines-github-and-travis-ci/

The BlueMix initiative at IBM also looked really interesting. http://www-01.ibm.com/software/ebusiness/jstart/bluemix/. It is nice to see big players like IBM throwing their weight to support platforms like Cloud Foundry.

After getting to know Appfog from their sponsorship of the Grails48 conference, it is interesting to see the next project from Lucas Carlson which tries to bridge the infrastructure as a service view of the world from players like Saviss with the advantages of PAAS platforms like Cloud Foundry – http://ctl-c.io/

There was also a talk ( which I missed ) on the new Java Buildpack for Cloud Foundry. The talk content is available here: https://github.com/nebhale/platform-2013. I was able to chat with Ben Hale and he mentioned that fundamentally, Cloud Foundry believes that uploading a compiled war file was a better way of doing things than the current Heroku way of building on the server. It is just faster.

The big news from SpringOne2GX is the release of the General Availability release of Grails 2.3.0. Some notable features are:

Also released was the 1.0.0.M1 version of the GORM Rest Client plugin. This plugin allows you to wrap your REST calls with domain objects and interact with them with GORM methods. This is the future our forefathers dreamed of.

Groovy turned 10 years old and has become a first class citizen for a lot of the new technologies built at Pivotal:

Pivotal also released the Spring.io website. It is a reference application built with Spring.io . It’s great to see Gradle featured so heavily in the Guides section.

( For some reason, the conference doesn’t share slides like in the European ones – our slide download page actually prohibits us from publishing slides. The links below are for slide decks publicly released by speakers ).

Videos from the event will be released on Spring.io/videos and/or by InfoQ.

Spring One was such an excellent opportunity to learn lots of new technologies that are making their way into Spring. Many speakers also shared their experiences in the field.

The inside spring.io talk, for example was really good in sharing how people were using cloud tools to build a whole application: 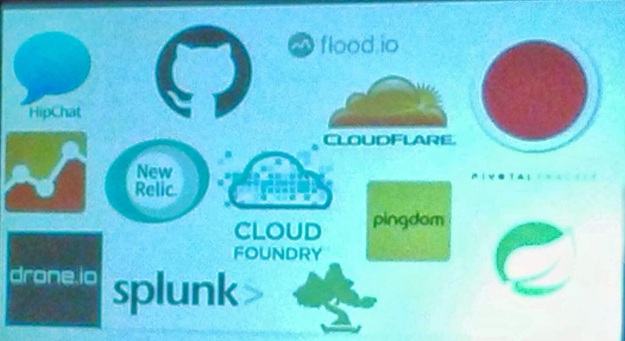 There were many more talks than the ones listed below, but here are some that I found were interesting:

Venkat Subramanian deserves his own section as he is an amazing speaker capable of making fairly complex topics easy to understand. If you haven’t bought his book on Groovy, Programming Groovy 2, you should do it now.

There were also a bunch of really good talks from Burt Beckwith (His writing plugins talk was filled with gems) , Guillarme Laforge, Jeff Brown, Ken Kousen and Booz Allen folks.

There was a Birds of a Feather Session hosted by Soren – Joe Rinehart did a good writeup on it here.

Gradleware and IntelliGrape both represented the Groovy and Grails communities.

It is always inspiring to talk to Dr. Hans Dockter and see how Gradleware continues to grow and become the next step in build tool evolution. Google recently adopted Gradle as the build tool for Android apps and it is great to see so much interest. Peter Niederwieser also made it to the conference and gave a great talk on Next Level Spock. The Spring IO team mentioned that they preferred and recommend Gradle for all their builds – a great endorsement for the power and flexibility of Gradle. 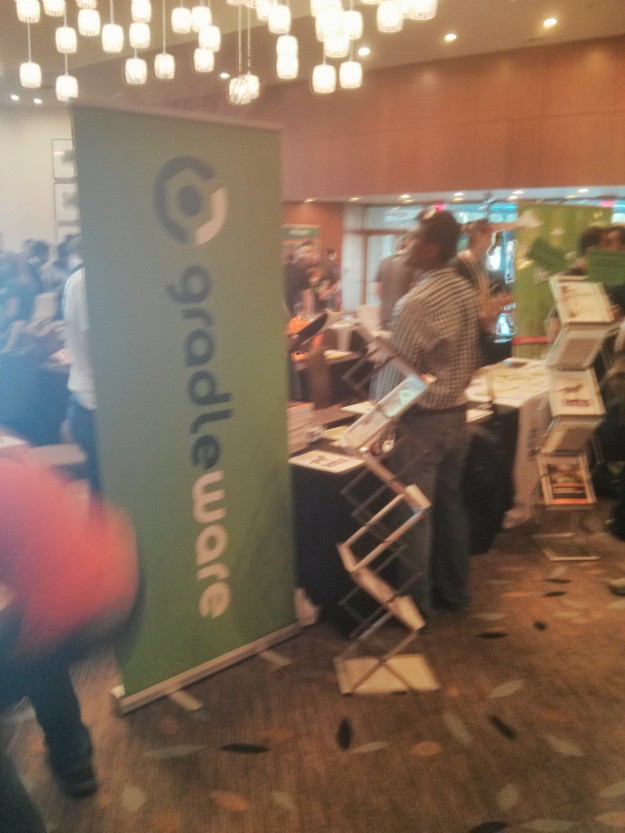 It was great to finally meet Amit Jain and Deepak Mittal of IntelliGrape after so many years reading and following their blog post. They seem to be doing some good work as well. 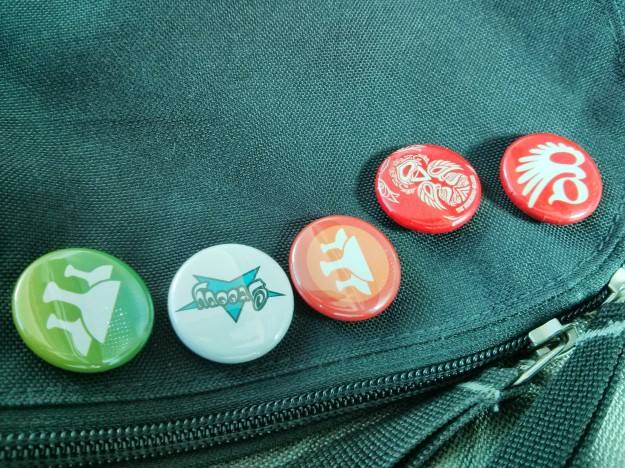 The conference was set up in a way that you could freely sit around and discuss interesting subjects. We had a little hack fest that started as a Ratpack documentation pow wow but ended up being a “You need to use the Remote Control plugin in Grails” talk.

A  bunch of us ended up at a Mexican Market with really good burritos.

The highlight of the event was hanging out near the pool talking code, life and consuming large amounts of Scotch, Bourbon and Tequila… 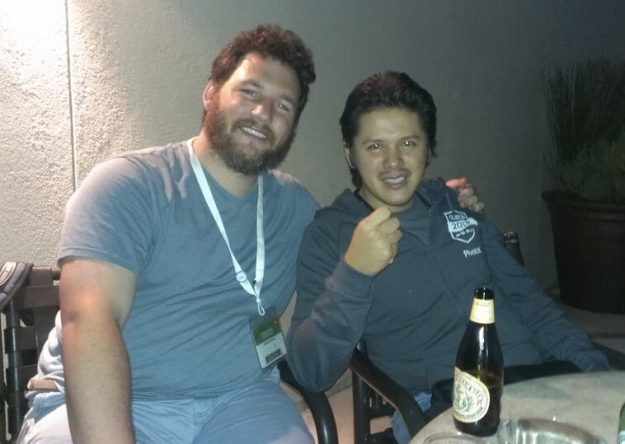 Finally, I would like to congratulate our Winner for dumbest slide in a conference talk award : Colin Harrington